Most Extensive Visualization of US Income: Over 33000 Zip Codes Visualized

The visualization shows clearly, how large cities in US are surrounded by wealthy zip code areas (red rings). Inner cities, however are areas with less income (green or yellow), with few exceptions, such as New York, Washinton DC and San Francisco.

“In the United States during the 1940s, for the first time a powerful interaction between segregation laws and race differences in terms of socioeconomic status enabled white families to abandon inner cities in favor of suburban living. The result was severe urban decay that, by the 1960s, resulted in crumbling “ghettos“. Prior to national data available in the 1950 US census, a migration pattern of disproportionate numbers of whites moving from cities to suburban communities was easily dismissed as merely anecdotal. Because American urban populations were still substantially growing, a relative decrease in one racial or ethnic component eluded scientific proof to the satisfaction of policy makers. In essence, data on urban population change had not been separated into what are now familiarly identified its ‘components.’ The first data set potentially capable of proving ‘white flight’ was the 1950 census.” Source: Wikipedia

The visualization is based on American Community Survey (ACS) from census.gov

I’m looking for bloggers, who want to co-author articles about interesting/surprising facts about US (or European) population demographics, economy etc. along with visualizations. Also, if you have ideas for further visualizations, please contact me via support@eaglepeaks.com.

If you want to embed this app to your web page, read the instructions here. 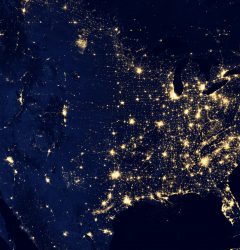 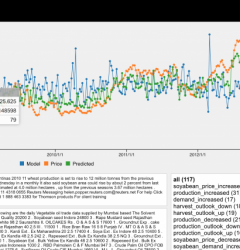 WhereOS is a data innovation platform and service.

For teams and businesses who want to get more value out of data – WhereOS minimizes your effort and maximizes your results.

Ecosystem as a service